Secret sorcerers behind the scenes.

If you want to make a game you need a programmer. Simple really. Though only after interviewing a few of the Dare to be Digital teams this year it would appear not. Last year featured quite a few of the ‘standard set-up’; a programmer, artist, designer and audio, but significantly less than the year before. Where are all the programmers? What’s happened?

Technology happened. With the Unity and Unreal game engines becoming so dominant, you just don’t need a programmer… That is, unless you’re sadly mislead. A few clicks and drags give a designer the confidence to make absolutely anything in the editors, only to realise the limitations brought forward as they progress. Much the same is happening within the Dare to Be Digital teams; the game looks amazing, the design appears fine but the basic gameplay and paltry 20 frames a second is emerging through the floorboards like a hidden body. 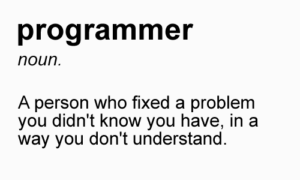 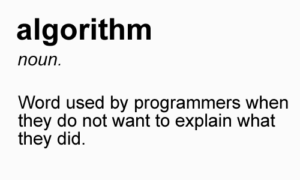 Artists are crucial and always will be. They are the front cover that opens the door to an intriguing world of escapism and the ones who, alongside the designers, will receive the credits. Comments about your game looking incredible or displaying dazzling visuals will often be remarked upon by the players and rightfully so. It would take a rather bizarre non industry type to state the evident beauty of the hidden code or solid frame rate and impressive multi-threading. Why would they! Still, that’s no reason to ditch a coder.

Mystical creatures? Perhaps programmers are still oddballs. The ones who live in caves of Coke and energy drinks, growing beards longer than their hair. Though, I think it’s fair to say that’s dying out. Within the last ten years it’s become more than acceptable to be a programmer in society, the taboo is fading and I’ve even heard females want to do it now. Who would have thought looking forward from the seventies and eighties that this was possible? The coders have levelled up and gained social skills, appearing normal and sometimes ‘cool’. So we certainly can’t blame weirdness for the shunning.

Sigh. Of course we can blame coders for being omitted from the game – the editors allow it and we’ll struggle through without one – they are unapproachable and deal with dark arts. It’s true that the keyboard wizards lend themselves to being dark, after all they have always held the power, the mystery and nitty gritty of what actually happens behind the scenes. Perhaps it’s a revolt from the long sighing designers of our time. In reality though, approaching a programmer is just as scary as speaking to a designer. Seemingly. 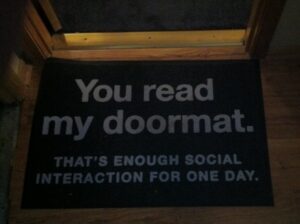 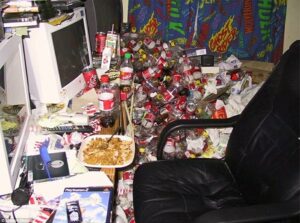 Programmers have created the tools to kill themselves off (to an extent), but only to actually create a poorer class of struggling games being released. The coders have performed the ultimate ‘troll’ on the teams, proving a worth for themselves. The ‘standard set-up’ of a programmer, artist, audio and designer has been much of the correct process for years and even though the ease of making a game has changed, the set-up is still the predominant and correct one throughout industry.

Sometimes it can be easy to forget the coder. If you play about for long enough in an editor or rearrange the keywords in a script you’ll eventually get something on the go. However, let’s not forget about the other side of a programmer, they don’t just exist to code all day. One of the most important features of a coder is actually found away from a keyboard. Really, it is. It’s all about the balance. Yin and yang.

When a designer conjures up a universe with every part being a dynamic physical object multiplied against every visual effect possible in a scene – who stops it? Coders, that’s who. The programmers reign the designers and artists in. In truth they are the feasibility and realism of the project, like your parents when you want to go cycling without a helmet.

They are the overly unappreciated workers of the games industry who get the bugs and the blame but are still incredibly crucial. So next time you wonder as to why the programmer is important, think on. That game crash is waiting to happen and you won’t have your helmet!