There’s only one blip on the gaming radar this week. Resident Evil Archives: Resident Evil Zero is a Wii port of the Gamecube game with support for the new controller. There’s not really much more to say than that. The original was your typical Resi game and they haven’t added anything new for this version. 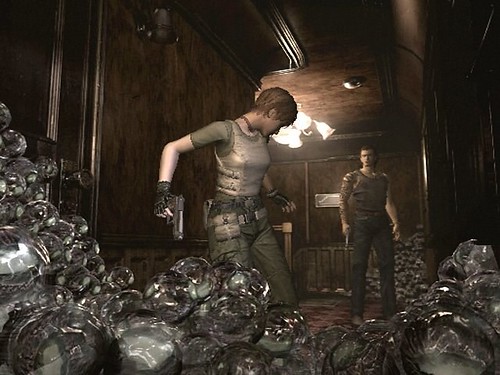 Dorian Gray, out on DVD this week, is a movie adaptation of Oscar Wilde’s only novel, The Picture of Dorian Gray. It’s a warning about the effects of a hedonistic lifestyle on a person’s soul.  This is manifested by grotesque deformations which begin to distort the subject in the titular picture, while the man himself lives (seemingly) consequence free. The book has Wilde just dripping from every page, possibly revealing some of his deeply held fears. I haven’t seen the film, so I can’t comment on how well it recreates this.

Also on DVD is Creation, which caused a needless furore in certain states of America upon release, despite having almost nothing to do with evolution. It’s an exploration of how Darwin felt upon discovering that we didn’t get here by design – and how this affected his relationship with his family.