BioShock 2, out Tuesday, is an essential purchase. Whilst there may be debate over whether the original’s plot was inspired or ridiculous (spoiler alert there) and – even if First Person Shooters are not really your thing – nobody can deny that it was an absolute triumph of atmosphere. The team created an amazing world which was creepy and convincing, despite the characters within being slightly less so.

The sequel puts you in control of a rogue ‘Big Daddy’ from the start and introduces the player to ‘Big Sister’, a seemingly enhanced version of the Daddy. I don’t want to postulate further on the plot, because if I go looking for information I’m bound to stumble across a big fat spoiler and I want to play this one myself!

In cinemas this week, The Wolfman is apparently very good. Werewolves have, in my opinion, had a bit of a raw deal when it comes to movies. Whilst other monsters (such as vampires and zombies) have large collections of iconic movies covering the whole spectrum of genres, Werewolves have just a few stand out films, most of them comedies (Michael J. Fox, we’re looking at you). Early reports and the fantastic trailer, suggest that The Wolfman is a brilliant, human tale. It may well be the werewolf equivalent of Let the Right one In.

Also out at the cinema is Ponyo, the latest animation from director Hayao Miyazaki. Based loosely on The Little Mermaid, it’s about a young boy who befriends a ‘Fish Girl’, who has designs on becoming a human being. It looks spectacular, as always… 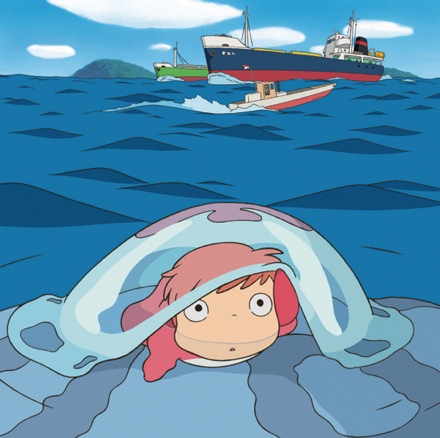