There are some things which just go well together. Of course, it’s a matter of opinion, but over time we’ve managed to reach a near consensus on a number of things. Chocolate and peanut butter, beer and kebabs, Pancakes and Maple Syrup. While all those things are enjoyable on their own, they are enhanced by being ‘consumed’ together. Well, the same can apply to movies and video games. And since there’s a lot of it going on this week, I’m dubbing ‘X meets Y to make Awesome Z’ as the theme of this weeks round-up.

Starting with Brutal Legend on PS3 and Xbox, We’ve got Tim Schafer meets Heavy Metal, with a pinch of Jack Black thrown in for good measure…. OK, so maybe two out of three of those ingredients are acquired tastes, but this is Tim Schaffer’s first game since the criminally under bought Psychonauts (If you don’t know who he is by the way, go and Google ‘Every game that’s ever made you cry with laughter for the last 15 years‘. And if that yields no results, try Monkey Island, Grim Fandango or Full Throttle instead). As for Brutal Legend, it’s an open world beat-em-up adventure game about a roadie that gets sucked into a world inspired by famous heavy metal album covers. Has to be worth a look.

The original Uncharted was another good example of fusing things together. It was a mix between Tomb Raider and Gears of War, but unlike both of those, was well written with engaging dialogue and genuinely likeable characters. By mixing the best elements from each (Tomb Raider’s exploration and Gears of War’s gun play) Naughty Dog created an experience that felt very slick and natural (if a little hardcore). With Uncharted 2: Among Thieves, they appear to have perfected and refined their original game and are being rewarded with phenomenal review scores for their troubles.

Coraline (Out on DVD and Blu Ray) sees visionary animator and director Henry Selick meeting with visionary writer Niel Gaiman. It’s a common misconception that Tim Burton directed The Nightmare Before Christmas, when in fact he had little involvement with the film aside from the concept. It was in fact Henry Selick, despite what that idiot quiz master, who didn’t award us our points in the pub quiz that time, says! 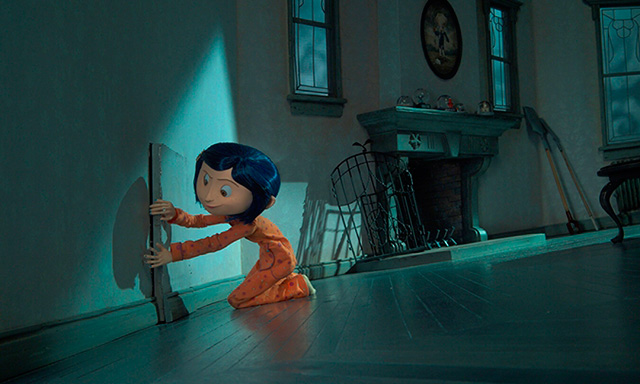 Finally, The Imaginarium of Doctor Parnassus is out in cinemas this week, which throws together so many wonderful ingredients that It’s hard to know where to start. It’s directed by Terry Gilliam, reunited after 20 years with Charles McKeown, his collaborator on Brazil. Its star, Heath Ledger, tragically died half way through filming, but in order to salvage his performance his character was rewritten to transform over the course of the movie into Johnny Depp, Colin Farrell and Jude Law. It’s an off-the-wall retelling of the Faust tale, and also stars Tom Waits as the Devil. If that doesn’t do it for you, nothing will!