Dragon Age: Origins is a new RPG from genre-gods Bioware. They’ve described it as the spiritual successor to Baldur’s Gate, and sees them in the familiar setting of Swords, Magic Dwarves and Taverns. Apart from space, it’s the thing they do best in the world, and on this occasion they aren’t constrained by the D&D rule set and mythology. Mass Effect meets Lord of the Rings? Yes please!

If slick, playable, gorgeous looking platform games are more your thing, then there’s another Ratchet & Clank game out this week too. Ratchet & Clank: A Crack In Time is the third Ratchet & Clank game on the PS3 in as many years, which might make any cynics reading this question its quality. Well, after a slight dip on the previous effort they appear to be back on form with this one.

Finally, The Men Who Stare At Goats is a film adaptation of Jon Ronson’s examination of some of the bizarre experiments carried out by the US military in the field of psychological training. For example, killing goats by simply staring at them. Not too sure about Ewan McGregor’s American accent though! 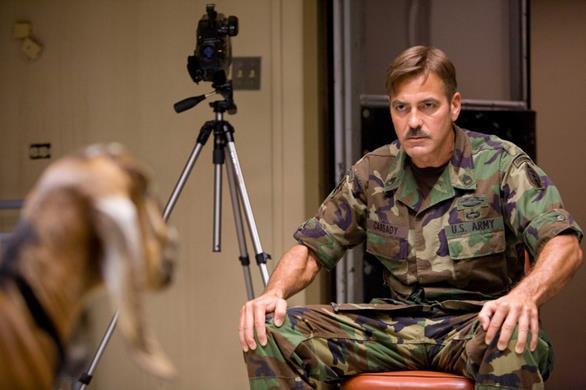