It’s nearing the end of the year and the releases are becoming sparser. There’s still one or two exciting things trickling out over the coming weeks though, so I will keep you posted. Look out for ‘Review of the year’ mini-series in the near future. Now, on to this week…

I really did wonder what was going on when I first heard about Lego Rock Band. The whole ‘Guitar Game’ genre is reskinnable in many very obvious ways, either though genre specific compilations, various decades of music, or even band-specific collections. But a guitar game fused with Lego would appear right at the very bottom of my list of obvious treatments. What you’re actually getting is a family friendly version of the game, with a bunch of super easy difficulty settings and slightly more wacky animations that play in the background. It’s bound to find its way under some xmas trees.

For all the stick that Terminator Salvation got, I still want to see it. In fact, I didn’t want to see it until I heard people talking about it (in a bad light might I add). What they described, through gritted teeth, sounded like something quite special. It was never going to live up to the standards of the original, but after the dust has settled it seems what is left is a pretty good Terminator film. Lots of money shots, flashy special effects, and a ludicrous plot. It’s out on DVD this week. 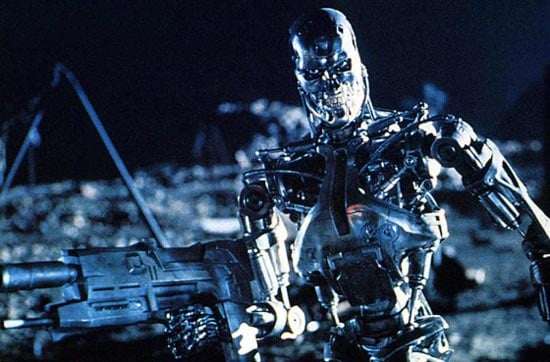 I love it when independent, low-budget, high-concept films sneak out of nowhere and blow audiences away. Apparently that’s happened with Paranormal Activity. Simple enough premise, a couple think something weird is going on in their house, so they rig up a bunch of night vision cameras to capture any spooky activity. What follows has been keeping people awake at nights, including Steven Spielberg, who reportedly ‘totally freaked out,’ after seeing the film. All the trailers show you is the audience reactions. Wonder if I’ll be able to convince anyone to come see it with me?